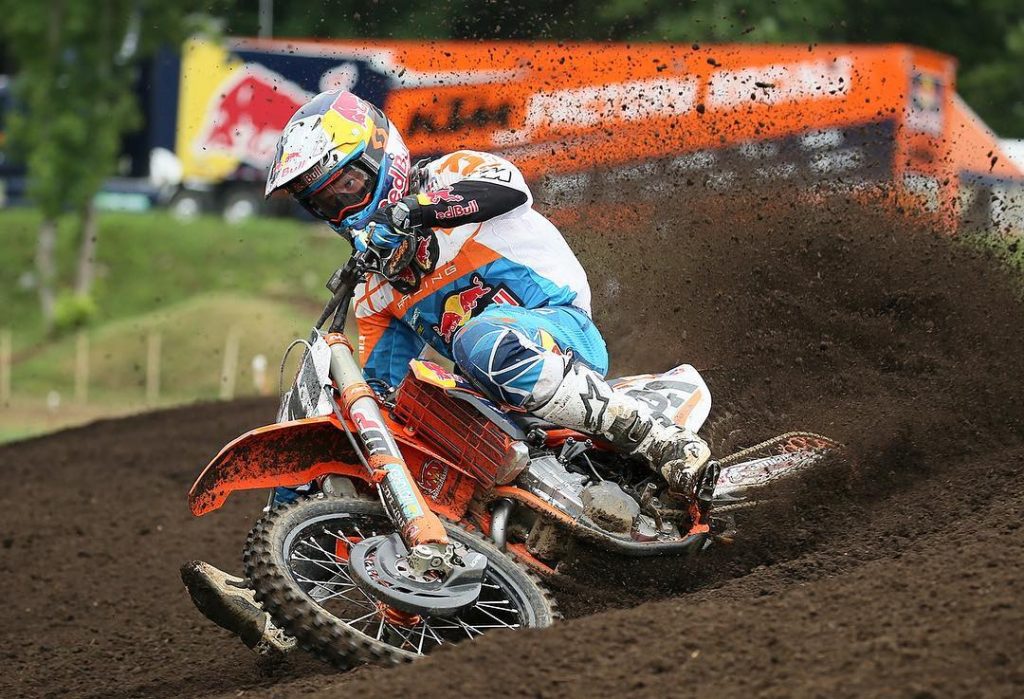 Round 7 of the 2017 Lucas Oil Pro Motocross Championship is slated to take place at the Southwick National track in Massacheusetts on Saturday July 8. As riders move into the second half of the Motocross championship to prove their mettle – it will be a different story for Trey Canard.

Red Bull KTM has announced that Rider Trey Canard will sit out the race at Southwick MX owing to a practice crash earlier this week. Though he didn’t suffer any major injuries, Canard has stated that it will be in his best interest to let his body recover. As reported by Red Bull, Trey will sit out at least one round of the on-going 2017 Lucas Oil Pro Motocross Championship.

2017 seems to have been an unfortunate year for Canard. though he signed with Red Bull KTM for the 2017 racing season – he has had to miss much of it due to injuries and issues. He suffered a torn rotor cuff at the opening round of the 2017 Monster Energy Supercross series. After which his comeback at the 2017 Arlington Supercoss was marred by illness, due to which he missed the entire series. He suffered a collarbone fracture while testing for the 2017 Lucas Oil Pro Motocross Championship and did not line up again until Round 5 at Muddy Creek MX.

Trey currently has a one-year contract with Red Bull KTM which expired at the end of the 2017 race season. We are log forward to him lining up at Spring Creek National for Round 8 on July 22,2017.

See the track map for round 7 at Southwick National