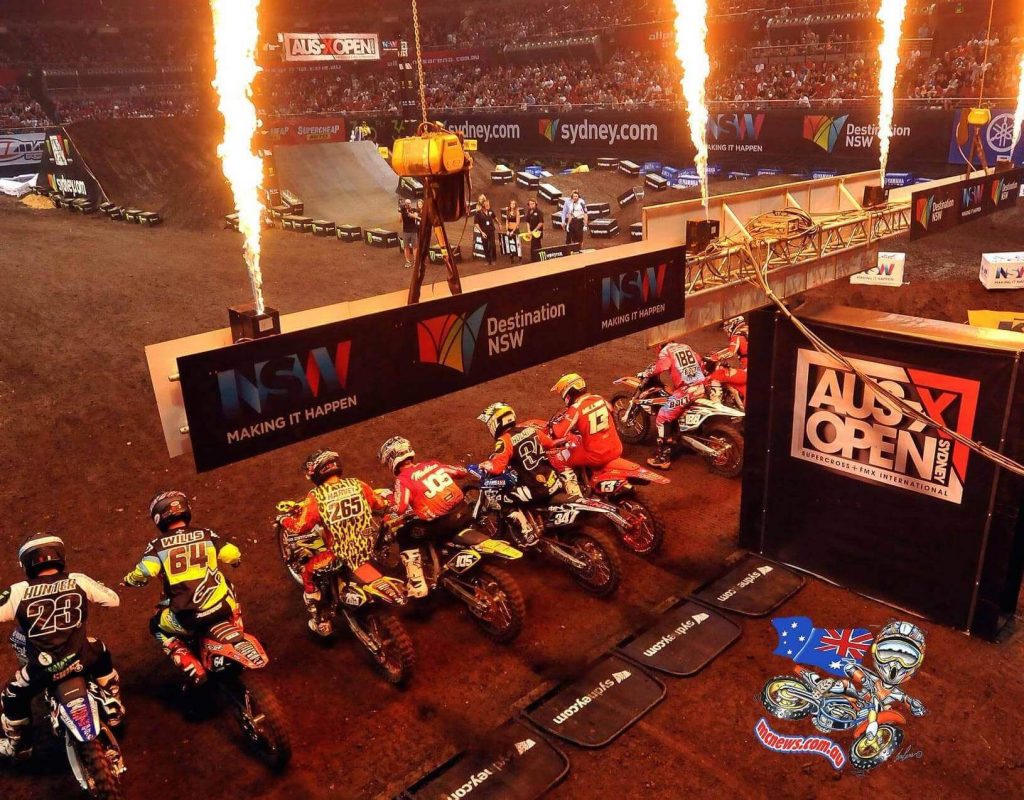 2016 AUS-X Open Track has made some revelations on the developments including the return of the Shannon’s Shortcut. The November 28 and 29th event will also feature the globe’s first ever 360fly by lane. The lane is strategic for riders to use as a shortcut that they can access only once.

The 2016 AUS-X Open Circuit is one of the much awaited current supercross events. The official map for the event has just been released. The release unveiled the various unique aspects that the race hosts that have never been explored by previous AUS-X open circuit. Among the new introductions is the Freestyle Motocross (FMX) with competition ramps. The event allows the viewers to see the riders thrown up towards the ceilings of the stadium. The catapult will have the riders rise lap after lap while riding side by side.

The most notable change is the tunnel. The inclusion of the tunnel results to an increase in the racing surface by more than 100m. The tunnel is also expected to add the spectacle of passing opportunities on re-entry back to the stadium. Much of the 4,000 meters square area will be put to use through the new improvement. It is poised to be one of the most interesting super cross the Australia will enjoy. 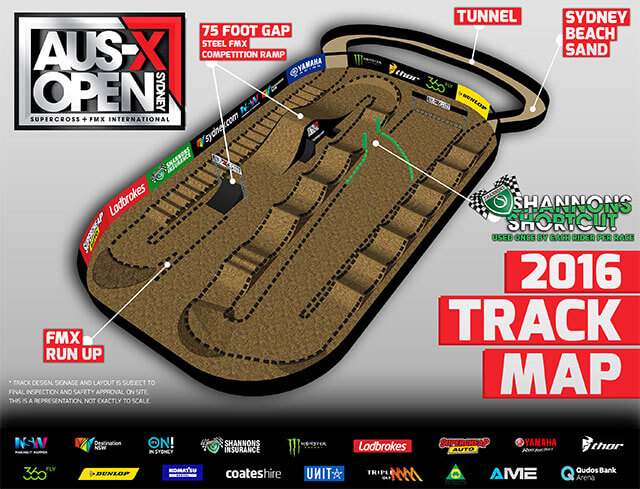 Three-time Australian Supercross Champion – Dan Reardon, is a big advocate for the ‘Shannons Shortcut’ lane, explaining that the introduced element of strategy makes the racing all the more exciting.

“Having the Shannons Shortcut at the 2016 AUS-X Open is absolutely awesome.”- Dan Reardon

Offering riders a once per race ‘shortcut’ opportunity is unique to the AUS-X Open and isn’t used anywhere else in the world. Last year it made for some amazing side-by-side racing and given the immense depth of competition for this year’s event – it is going to shake up the racing even further.

The track is not only expected to give Australians a show of their time but also a valuable thrilling event for both riders and spectators. AME Management, the event promoters describes the theory behind the introduction of the unique elements to be the need to revolutionize the Supercross experience and to exceed the enthusiasts’ expectations. AllPhones Arena in Sydney is expected to host an event that will leave many talking about even after it has passed. The revelation of the map has brought into light what is in store for enthusiasts. The event is viewed to address the spectators deep desires while delivering more challenge to the riders.