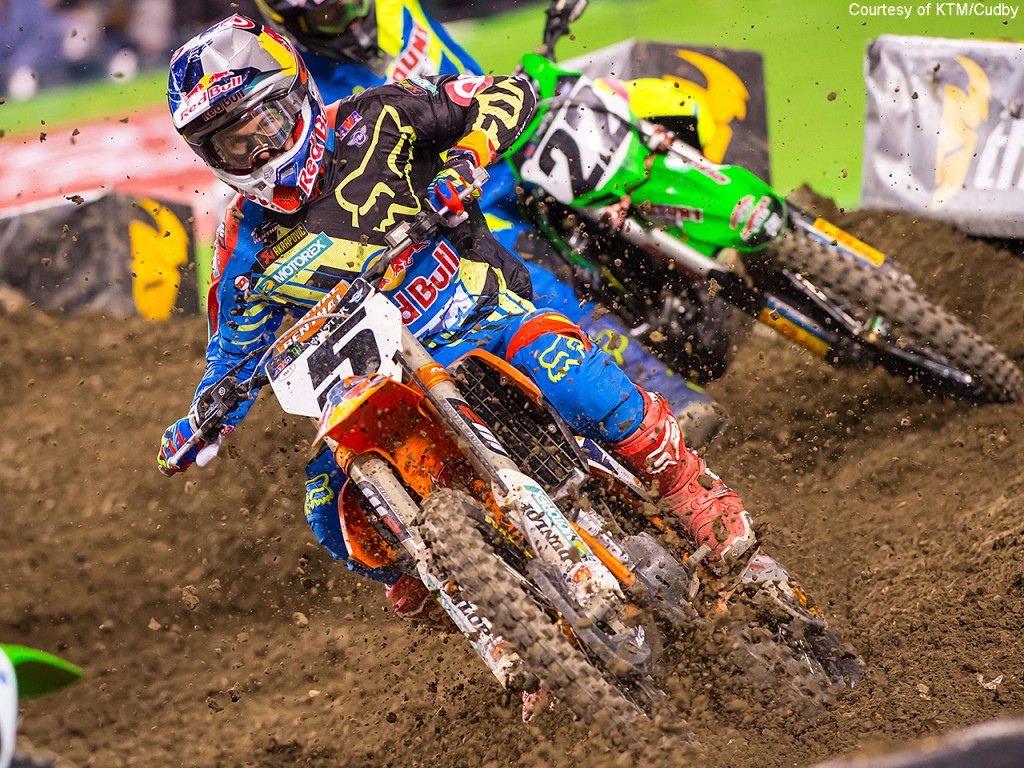 Round four of this season’s 2016 Oakland SX saw a number of veterans, newbies and those still trying to establish themselves on the track go all out to make their mark and break previous records. Though there were many hits, there were also many misses – riders crashing left, right and centre in a desperate effort to perform stunts and win some points. The extent of their injuries will determine how they will be doing in the coming weeks and months, if they can get over this hurdle. Here are the players with injuries:

The Suzuki rider rider suffered a concussion earlier during the Anaheim One races. He was cleared by the “concussion management” and allowed to take part in this event. However, during his performance, it is said he began suffering from blurry vision and pulled out mid-way. His reps say that he will undergo tests this week. It is still left to be seen if he can get cured from this head injury or if there is something more serious lying underneath.

The Toyota/Yamaha rider got into a major accident during the 450 main event. Later, when he was questioned about the extent of impact, he said that he his chest had suffered the most and was in physical pain which could be seen on his face. It is hopeful that once he goes through medical examinations, he will be fit to continue making his mark on the dirt track.

The Team Honda HRC rider suffered from a hand injury during Anaheim One races. The result was six stitches on his fist that didn’t seem to be getting better with the brutal practice he had to go through in the following days. His hand swelled to such an extent that he was unable to wear his gear, forget about trying to hold on to and get a good grip of the bike handle. He pulled out of the races and won’t be in action for a bit, though he is expected to make a full recovery soon.

Talk about a warrior with a never-give-up attitude! During the 450 main event, the rider crashed and caused severe damage to his bike. However, he continued on in the races, mangled bike and all and still managed to finish in the 18th position. Bravo!

For a complete list of all injured players and their injuries, visit motocross.transworld.net.