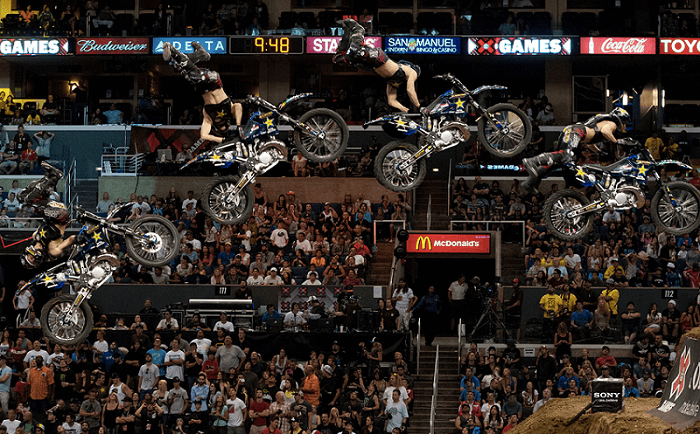 Former Freestyle Motorcross champion Clinton Moore has confirmed that he will be participating in the Monster Energy best trick contest AUS-X open where there would be a cash reward of $120,000 prize pool. Clinton will attempt to do the impossible by performing the hardest, craziest and most difficult moto stunt ever seen.

Moore who in his remarks was excited at the thought of winning in his home country, won the FMX champonship in 2015 at the Sydney Qudos Bank Arena. Clinton Moore however does not underestimate his competitors. In an interview he says, “I’m ready to throw down a world first trick, and i’m excited to see what my competition is bringing to the table too. The entire contest will be truly unmissable.” The Best Trick Contest in FMX simply means as the name suggests. The participants are supposed to perform the best, most unique moto sport stunts . Moore believes that this category is important because it is gives riders an opportunity to become more creative and reach maximum heights. Tricks such as 360 and 540 spins, front flips combinations, back flip variations and double back flips would not be known if it wasn’t for FMX. Other competitors that are sure to give the audience an adrenaline rush include the current X games gold medalist Jackson Strong and former FMX champion Tom Pages. The AUS-X is the biggest action sports events in the Southern Hemisphere.

It is the largest super cross and freestyle motocross event in Australia attracting a mammoth crowd from both the audience and participants. It will be returning in November 2016 and fans are urged to book their tickets early before they sell out. Fans across the world can buy their tickets online hence there should be no excuse for motosport fans in Australia and all over the world to miss this great event.