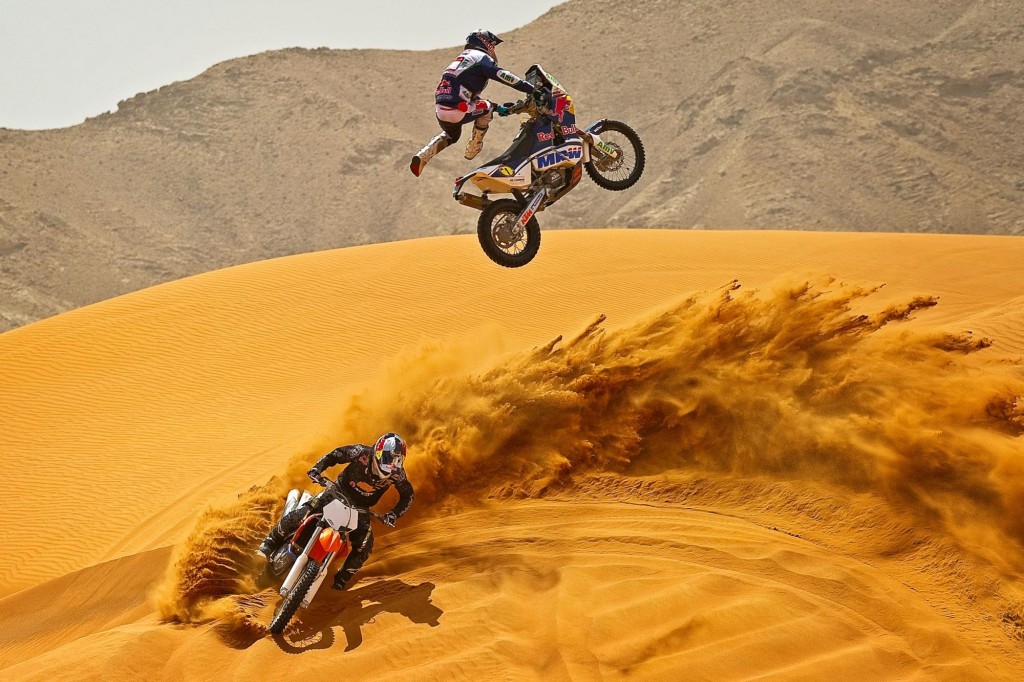 Dakar rally was founded by Thierry Sabine in 1977 through his passion for adventure sports specially bikes. He was inspired by the landscapes of the Libyan Desert during the Abidjan-Nice Rally. He went on to form a route for the rally which begins from Europe and ends in Dakar crossing Algiers and Agadez.

The rally was named Paris-Dakar rally, now known as Dakar rally is a yearly rally organized by the Amaury Sport Organization. The landscape is difficult and requires off-road vehicles. It is however open to all, amateurs and professionals.

The rally organized four competitive groups: motorcycles, cars, quads and trucks. The rally is a big hit with loads of participation every year by the adventure seekers. Sabine’s quote, “A challenge for those who go. A dream for those who stay behind”, aptly describes the passion for the sport.

The first Paris-Dakar rally began from Place du Trocadero with 170 competitors. They had to cover 10,000 kilometers and the first motorcycle (Yamaha 500 XT) winner was Cyril Neveu. At the fourth place were the car (Range Rover) winners were Genestier, Terbiaut and Lemordant.

The first rally was a huge success with the number of competitors increasing from 170 to 216 for the next year. Automobile giants like Yamaha, Lada, BMW and Volkswagen entered the rally with their teams. Trucks were introduced in this year as a competitive group. Cyril Neveu won for the second time in the motorcycle division and Ataquat, Boukrif and Kaoula came first in the truck group.

With the crowds getting huge each and every year, the number of competitors went up to 427. Thierry Sabine along with few others passed away in a helicopter crash. His ashes were scattered across the desert. His father, Gilbert Sabine along with Patrick Verdoy began organizing the rally.

Jutta Kleinschmidt was the first female winner in the rally in a Mitsubishi. This year also changed the air assistance to road assistance. In twenty three years the rally has become one of the most famous and most enjoyed by the competitors. The goal was to reach the end rather than to win.

This year saw the participation of 218 vehicles in total with 23 in squads, 84 in motorcycles, 67 in cars and 44 in the trucks category. Stéphane Peterhansel took the first place in the car category, Toby Price for the motorcycle and Gerard de Rooy in the Truck category.

The Dakar rally has participants from 50 nationalities. It is for men and women with passion for riding. It requires a great deal of knowledge as well as navigation skills.