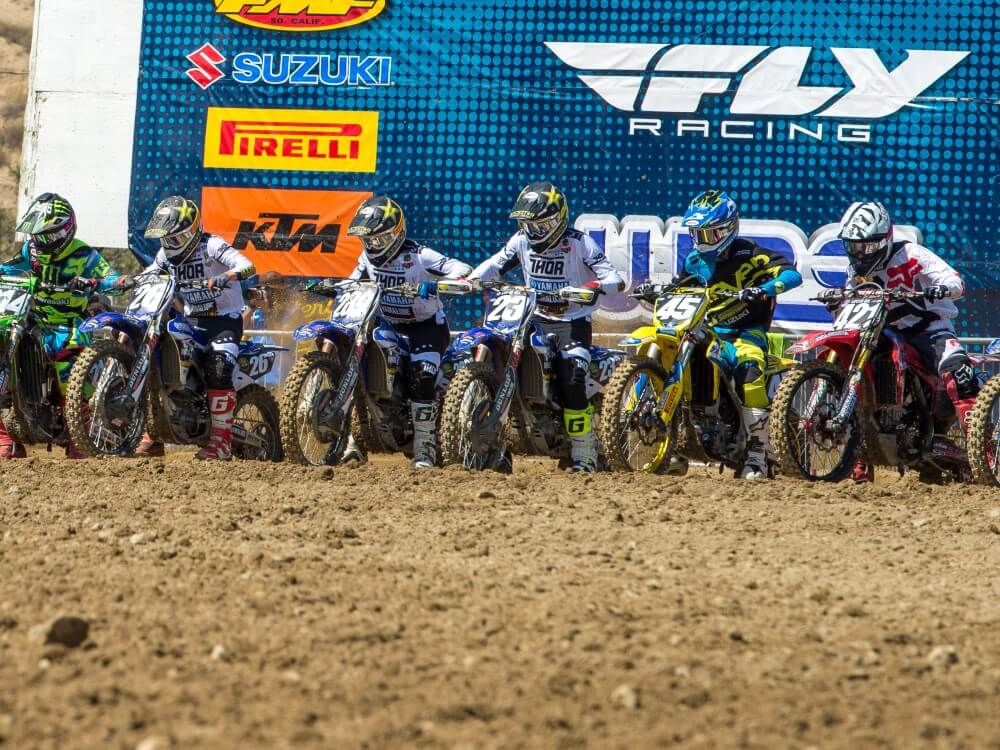 The Lucas Oil Pro Motocross Championship a sanction by the AMA Pro Racing will return starting on Saturday, May 20, 2017, through the summer at Rancho Cordova in California according to a release schedule unveiled by NBC Sports and the MX Sports Pro Racing. Like the previous season, the event will feature 12 rounds journey to find a champion. Each venue returns once again opened with the Hangtown Motocross Classic presented with a live broadcast coverage on NBCSN, NBC and NBC Sports App and the MAVTV.

The arguably most difficult to win Pro Motocross Championship will consist a 12 round with two points each in the 450 and the 250 class that were won by Ken Roczen and Cooper Webb respectively in 2016. Teams and riders will show off their mastery displays to find the pride in winning the Edison Dye Cup and the Gray Jones Cup according to Davey Coombs the president of the MX Sports Pro Racing.

“Most of the tracks on the schedule have been hosting Nationals for more than two decades. There’s such a rich history and tradition that both the riders and the fans feed off of, making this championship a truly special experience.” said Davey Coombs, President of MX Sports Pro Racing.

The ceremony will open with the Hangtown Motocross Classic with back-to-back rounds followed by the Memorial Day Weekend Glen Helen National in Southern California on May 27, 2017.

On 3rd June 2017 the event will be hosted at Thunder Valley, MX Park in Colorado before the High Point National in Mt. Morris, Pennsylvania Eastern swing on June 17, 2017. The event has a stop scheduled at Muddy Creek Raceway in Blountville (Tennessee) on June 24, 2017. More stops are scheduled at the RedBud MX Buchanan (Michigan) on 1st July 2017 and at the Southwick in Southwick (Massachuset) on July 8, 2017.

After a two week break, the event will begin on July 22, 2017 at the Spring Creek National in Millville, Minnesota and the next event will be held at July 29, 2017 at the Washougal National in Washington. The stretch run comes on the final weekend after the back-to-back rounds. The three-week competition at the Iconic MX in New Berlin, New York will start on August 11, 2017 and will then move on to Budds Creek MX Park in Mechanicsville on 19th of April 2017. Lucas Oil Pro Motocross Champion will end at the Ironman Raceway in Indiana on the 26th of August 2017 with traditions.

“The Lucas Oil Pro Motocross Championship is the root of American motocross and its legacy is undeniable. Both the teams and riders understand the history of the sport and how truly difficult it is to win this coveted championship, so there’s an immense sense of pride in the battle for both the Edison Dye Cup and Gary Jones Cup,” – Davey Coombs, President of MX Sports Pro Racing.

The 2017 Lucas Oil Pro Motocross Championship involve the fastest most prestigious motorcycles on earth to cut across 11 states route participated by legendary riders and title holders. The event is a promising fun and entertainment experience.